This extract is from the book ‘Management of the Addicted Patient in Primary Care’ Pomm & Pomm, published by Springer in 2007:

“One of the most difﬁcult concepts for many primary care physicians to accept is that addiction is a disease. This thought naturally dispels the idea that people who experience the diagnosed disorder of substance dependence have a choice.

Actually once addiction is manifest in an individual, willpower is no longer a viable hypothesis. At this point, “saying no” does not work (although people diagnosed with substance abuse might still have the ability to choose). Basically, there comes a time when the psychosocial, genetic, biophysiologic and the individual’s coping mechanisms have set the stage for a switch to be turned on that starts the disease process, a process that cannot be cured but that can deﬁnitely be arrested and brought into remission. When the disease of addiction manifests in the body, it is no different from any other disease:

In fact, the American Psychiatric Association began in 1965 to use the term disease to describe alcoholism, and the American Medical Association followed suit in i966. In 1983, the American Society of Addiction Medicine published a policy statement relating to alcoholism being a primary disease. Essentially, all major specialty organizations that work with the drug/alcohol-addicted population are now in agreement about the disease model of addiction.

We might not know the etiology, but science has not determined the exact etiology of most diseases, including the more common ones, such as hypertension and diabetes mellitus. Yet we do not blame hypertensive or diabetic patients for their diseases in the way that we blame alcoholics/addicts for their illnesses, it seems so much easier to be less judgmental when treating the other types of patients.

Until you accept the disease model of addiction, it is much more difficult to see your patients who are suffering with chemical dependency through objective eyes. As a primary care physician, especially because you are on the front line, you may be more prone to feelings of frustration and anger when confronted with an individual you believe can just “put the substance down.” Thoughts such as “why doesn‘t he or she just stop” or “l can’t believe he or she continues using drugs despite all he or she has been through” can interfere with appropriate intervention and treatment planning. Although many professionals are susceptible to the same feelings, the primary care physician often sees this type of patient much earlier in the course of the illness, and a signiﬁcant relationship may have already been developed (unless a drug seeker has just dropped by for your professional services). In addition, beyond the rela- tionship with your patient, you often have a relationship with the family and have also been inﬂuenced by their denial system.”

DRT is a new approach that draws on proven principles of recovery that work in every rehab in the world. These principles are simple, methodical and restore a person to a working interface with their own inner invisible resource. A person is literally re-paired to a working relationship with the inner pair of negative and positive

All UK Counsellors and Psychotherapists are bound to have regular supervision with a similarly registered practitioner or suitably responsible person acceptable to their registering body. I am committed both to regular supervision and to courses of continuing professional development that are recorded and available for audit 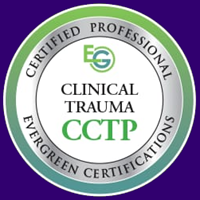